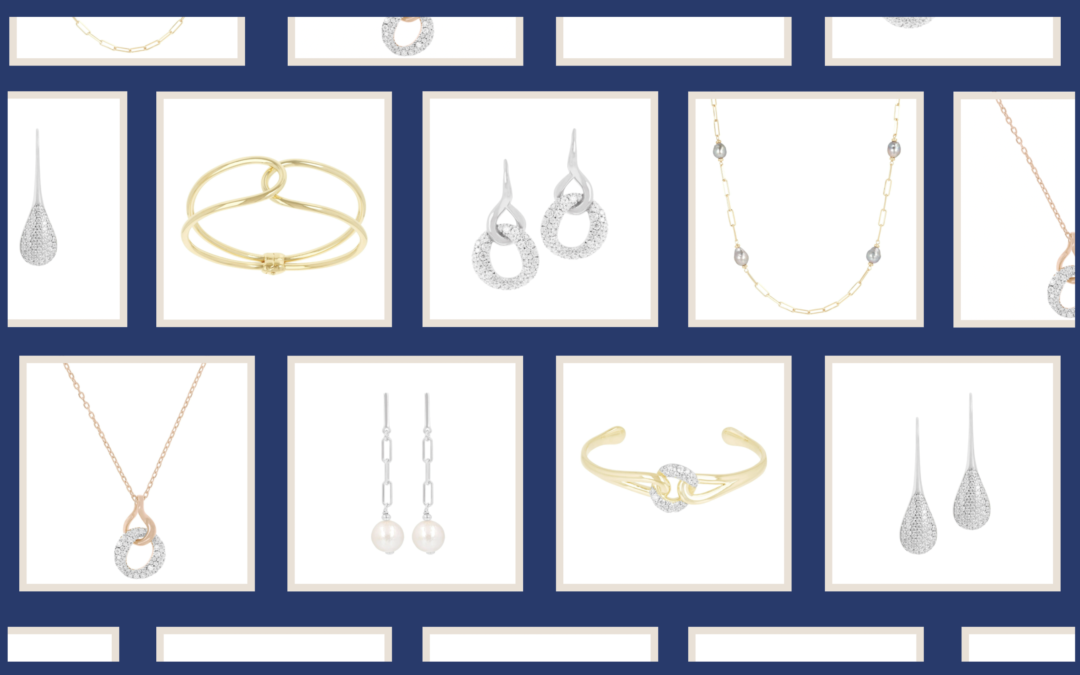 As we approach the one-year anniversary of the Just Jill Shop, I reflect on all of the incredible things I’ve learned from running my own little online store.

The shiny new products… picking out items from tradeshows… hearing how much you enjoy the things you’ve received.

But after months of adding new brands to the shop and discovering trendy products that I think you’ll love, my favorite part about justjillshop.com is the ability to bring the STORIES behind the products to light.

Related: Here’s Why I Decided to Open a Just Jill Shop

You might recognize his name from his days at QVC, but if not, I’m more than honored to make the introduction.

Louis Dell’Olio is a world-renowned designer and one of my close friends. Now, I’m thrilled to announce that we’re adding some of his stunning jewelry pieces to the Just Jill Shop.

A Little About Louis

Born in Brooklyn and raised on Long Island, Louis describes his childhood as fairly simple. He was close to his family and enjoyed being involved in school.

“I don’t know what that lightbulb went off in my head,” said Louis when I asked him about his interest in becoming a designer. “But, I know it happened sometime in secondary school.”

He was incredibly creative and opted for the art-focused classes in high school. It was thanks to one of these classes that he was able to start his fashion career with intention.

“I had a wonderful teacher who guided me,” said Louis. “She was very creative.” He explained how she helped him put together a portfolio to apply for design schools.

Thanks to the instruction and his pure talent, Louis landed a spot at Parsons School of Design in New York City.

Out of 221 students who made it into the program, only 21 followed through all the way to graduation. I asked him if the courses were rigorous. He giggled, “yes, very.”

A Young Designer and His Introduction to Fashion

While enrolled in his final semester at Parsons, Louis landed his first job as an assistant at Teal Traina with an accredited designer named Dominic Rompollo.

He also served in the National Guard for six years during the time of the Vietnam War.

Louis’ design career really took off when he was just 20 years old. He was offered a job working at Giorgini and served as the head designer responsible for the brand’s collections.

To this day, he still thanks a man named Alan Duddle for helping him land the position. “He gave a novice a chance and I’m forever grateful for that.”

His Time at Anne Klein and More

Perhaps his biggest claim to fame, Louis’ time at Giorgini was followed by a 20-year career at Anne Klein.

His best friend (and former Parsons classmate), Donna Karan, was working for Anne Klein as a designer. But when Anne’s cancer diagnosis surfaced and the company started seeking additional help, they asked Donna to assist in the hiring process.

Without hesitation, Donna said, “there is only one person I’d ever want to work with… and that’s Louis.”

Louis received a call from Anne herself asking him to join the team to work alongside Donna. But in 1974, Anne tragically passed—leaving the two friends to run the design division of the company.

For the next nine years, Louis worked closely with Donna before she left Anne Klein. He stayed at the company for 11 more years and was solely responsible for designing the Anne Klein Collection and Anne Klein II.

He told me that this opportunity was one he dreamed of because he was able to travel to and design his pieces in Italy—a city known for luxury designs, high-quality craftsmanship, and intricate tailoring.

A Designer Finds The World of TV

While he found success in his previous roles, Louis received a call asking if he would be interested in working for QVC.

“I didn’t even know what QVC was,” he said. But after watching a few episodes and speaking with a friend, he agreed that it would be a great next step in his design career.

As it turns out, QVC wanted to pursue more of a “designer” look—knowing Louis’ experience, he fit the bill perfectly.

While at the company, he wished to branch out and convinced QVC to let him create a jewelry line. According to Louis, they said they’d “try it” but almost immediately after the launch, the collection sold out.

At the time, there were plenty of jewelry brands showcased through QVC, but the reason Louis found so much success in his collection was because of the way he presented his pieces. “The trick is that the jewelry line directly coordinated with the apparel,” he said.

He built a strong consumer base with his affordable designer clothing, and when he revealed his jewelry, he paired the outfits with the accessories to create an all-in-one look.

What Makes His Jewelry Stand Out

Thanks to his days at QVC, Louis became known for his jewelry. I asked him what makes his jewelry so special and he started by explaining his design philosophy.

“I’ve always wanted to make women feel confident, beautiful, and the best they can possibly be,” he said.

He also explained that jewelry should have longevity and should make a statement that women can relate to. “Jewelry isn’t something that goes in and out of style if it’s done properly,” he added.

Louis says he doesn’t design for everybody… instead, he designs for women who relate to him. “The minute a designer gives up who they really are and starts designing what they think someone will want, they’ve lost their integrity,” he said. “You have to stay true to yourself.”

To have a designer of this caliber feature products in my shop means the world to me. But to have those products come from a man with such integrity, vision, and kindness, means even more.

The Louis Dell’Olio collection at the Just Jill Shop includes multiple pieces that are designed to stand the test of time—both style-wise and quality-wise.

One of my favorite pieces is this “Moderna” Bronze Hinged Bangle. This can truly be worn every day with everything.

It comes plated in rose gold, yellow gold, and rhodium. Plus, the bronze base adds incredible durability and luster.

Then there are these “Perla Moderna” Ming Cultured Pearl Dangle Earrings. You can really customize these to fit your personal style by choosing white or grey pearls, and rhodium-, yellow gold-, and rose gold-plated options.

And if you’re looking for a necklace, we’re thrilled to offer you this Pave “Intrecciate” Link Necklace.

It’s crafted to add some sparkle to any outfit. It adds some excitement to your outfit, but it’s also extremely elegant.

This is only a sneak peek at everything we have at the shop. You can find the rest of the Louis Dell’Olio Collection HERE.

Louis says he takes pride in bringing his customers high-quality items at an affordable price. And you all know me well… that’s exactly what I look for when searching for new Just Jill Shop items.

I can’t wait for you to receive these pieces at home and to be able to wear them with confidence.

From my home to yours,