What Horses Mean to Me 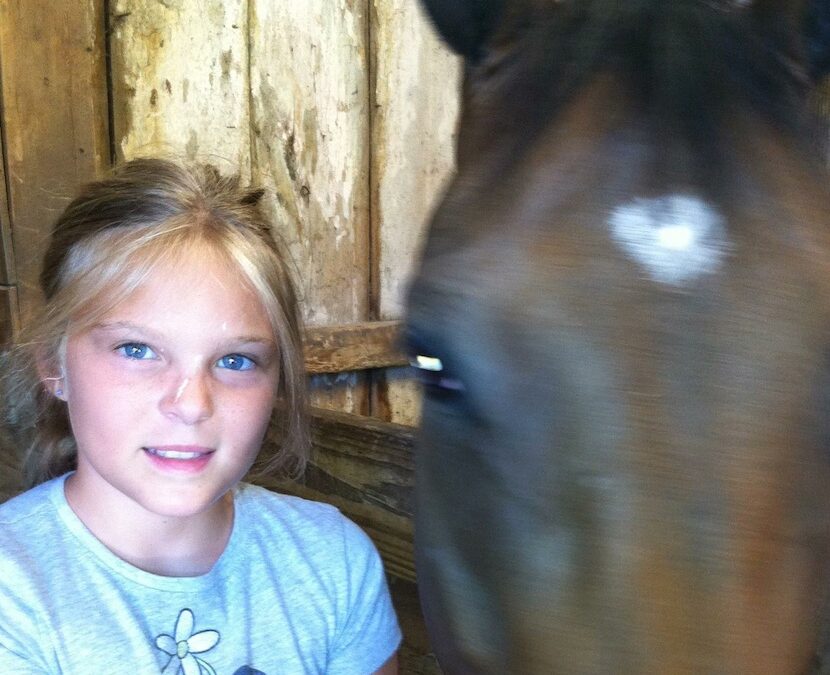 Everyone seems to have that one thing from childhood that they grew up living and breathing—that fascinated them for hours on end.

For some, it might have been an imaginary world or far-off destination. For others perhaps, it was a sport like baseball or soccer.

From the time I was little, I was entranced by the way horses move. There’s a certain power—an element of wildness and freedom—that just made sense to me.

I don’t remember doing it, but my parents tell me that the first time that I was on a horse, I laid all the way back until my head touched the rump.

Understandably, they were a bit worried, but from what I can remember, I had a feeling of utter peace and familiarity.

Growing up, my parents always stressed the importance of team sports.

I guess they meant with other people… but my teammates walked on four legs instead of two.

Just like with any other teammate, you have to earn each other’s respect and trust. Horses make you work for it. But when that trust is gained, it can be one of the strongest bonds you’ll ever experience.

You are connected in a way that doesn’t need words.

Riding can be a dangerous sport.

After all, the average weight of a horse is anywhere from 840 to 2,200 pounds. With training, they can also run 25 to 30 miles per hour and jump over seven feet in the air.

To really master the sport, you have to know, understand and feel the horse’s body beneath you as an extension of yourself.

You have to know how to move your body so you won’t hinder or hurt your partner.

More importantly, you have to know what to do in case something starts to go wrong. The only things between you and the ground are the saddle and the stirrups where the front of your feet take hold.

As a kid, I had a hard time making friends.

But, I always knew that my teammate would be just as excited to see me as I was to see him/her.

Horses are also the best teachers.

They teach you responsibility, confidence, and the ability to stop and notice the small things (and to decipher what those things mean).

My Grandpa and Horses

Like me, my grandpa shared a deep passion for horses. In particular, racehorses.

I remember him taking me to the racetrack and just sitting in the stands all day.

Personally, I think he just loved to watch the moves as I do. He didn’t bet often, but he had an uncanny ability to predict the outcomes perfectly.

When he passed away, he left to me all of his horse memorabilia, including a large portrait of one of his favorite racehorses, Ruffian.

While her name is not as well known as Seabiscuit or Secretariat, she is widely considered to be one of the greatest of all time. In fact, Secretariat’s trainer is quoted to have said something along those same lines.

Like any other sport, horse racing is broken up into genders. However, when Ruffian outran every filly by leagues, there was talk about her going against the top male racehorses in the industry.

After much debate, she ended up in a one-on-one race against Kentucky Derby champion Foolish Pleasure.

She won every race that she ever ran… except the one that claimed her life. While Ruffian took the lead in the beginning, she sustained a leg injury that allowed Foolish Pleasure to pass her.

In spite of her injury and the efforts of her jockey, Ruffian continued to run. She never allowed another horse to overtake her and she refused to start then.

While her determination caused such a devastating outcome, it is also the reason for her greatness.

After all, how can you know what you are capable of if you don’t give your all?

While her record was impressive, I think what impressed my grandpa the most about her was her determination.

If he couldn’t be there to see me grow up, he wanted to leave behind a reminder that determination is one of the most powerful things in the world.

Horses have taught me confidence in myself and to strive to be the best version of myself.

In life, what you put in is what you get out.

From me to you,