Why Colorado Has a Special Place In My Heart 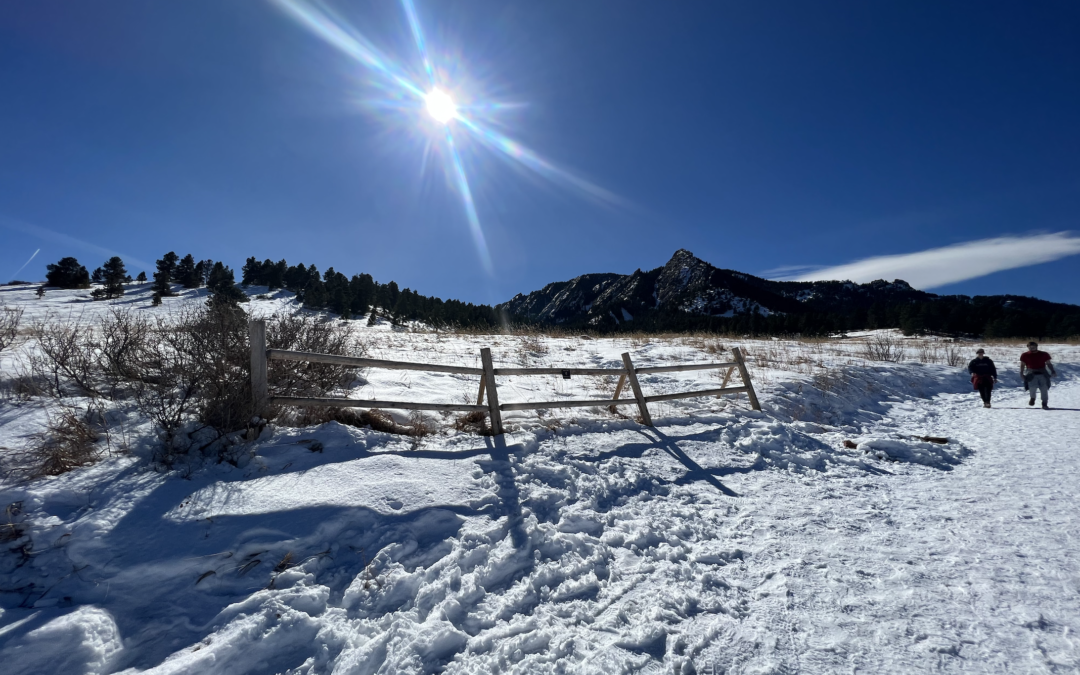 My name is Megan and I help Jill with everything from content creation to Facebook Live Chats to social media tasks.

And while I typically hang out in the background (making sure Jill can bring you the BEST ideas, recipes and tips), today, she asked me to take over and write my own blog.

This isn’t totally random, though. Today is actually “National Colorado Day” and as a Colorado girl at heart, I wanted to share a little more about why I love my home state and why you might want to make a trip out to the Mile High City as well.

My Journey to Colorado

When someone asks me where I’m from, I don’t always have a clear answer.

I was born and raised in Salt Lake City, Utah, but I also lived in California, Colorado and Georgia throughout my childhood.

We weren’t a military family, but we moved around a bit because of my dad’s job. Each of the places we landed was pretty different from the previous.

When my parents were presented with the opportunity to move back to the west from the Atlanta area, they snagged the opportunity and we moved to Colorado when I was 13-years-old.

To say I wasn’t very fond of the move would be an understatement.

I was “taken away” from my Georgia friends and thrown into the awkward middle school social scene that was far from favorable.

I’m not lying when I say I spent almost every evening house hunting for my parents with the slight hope we could return to the south.

But when high school rolled around and I became more involved in my school and in competitive sports, I started to appreciate the state a little more each day.

My Time at The University of Colorado

While I was pretty fond of Colorado during my high school years, I was still pretty set on going back to the south for college.

My mom and I set out on a long tour to see my top school choices: Tennessee, Vanderbilt, UNC Chapel Hill, the University of South Carolina, Georgia and Alabama.

I loved the atmosphere on most of the campuses (despite the crazy amount of humidity). But people kept asking me why I wasn’t looking at The University of Colorado, and that they would have loved the chance to go there.

That’s when it hit me… maybe I should take a second look at CU. Maybe what I’m looking for is right under my nose.

And after one visit to the campus, my heart finally felt full. I was going to be a Colorado Buffalo.

They say that your college years will be some of the best years of your life and I will 100 percent agree with that statement.

Sorority Life and Getting a Hang of Things

We had over 30,000 students on our campus, but I was a member of the CU Cheerleading Team which made the transition fairly easy.

Another reason I saw familiar faces around campus? I was in a sorority!

Both of my parents were in Greek Life so I knew I wanted to join a sorority when I got to college. But I never knew how much it would mean to me.

I remember the recruitment process being incredibly nerve-wracking… but when bid day rolled around and I saw my top choice on that little bid card, the nerves were worth it.

Alpha Phi was the house I called “home” for the next four years.

I made some great friends, learned a lot of life lessons (both helpful lessons and hard lessons) and felt a sense of community on campus.

But perhaps the best part about joining Alpha Phi was their philanthropy—supporting women’s cardiac care through the Alpha Phi Foundation.

A little backstory. My mom suffered a life-threatening stroke when I was a senior in high school.

We thought we’d lose her, but God was on her side and sent a guardian angel down to help her through the fight and recovery process.

People don’t understand how many women are impacted by cardiovascular disease each year (did you know it’s the No. 1 killer of women in the US?), and I was grateful that Alpha Phi helped spread the word.

The Actual Reason For School, I Suppose!

Now, I’d love to say school was all fun and games, but my parents wouldn’t approve.

I originally went to CU Boulder to go down a med school path. But with some guidance, experience and a whole lot of support from my family and professors, my career aspirations took a major turn.

I ended up majoring in psychology and minoring in business, but toward the end of school decided I wanted to dive into the world of media.

I interned at MSNBC in New York and worked as a fellow at Business Insider. After, I worked at the TODAY Show which is how Jill and I ended up connecting.

The rest is history! Okay… back to the Colorado stories.

So, What’s So Special About Colorado Anyway?

By now, I’m sure you’ve gathered that Colorado is on my good list.

Filled with rolling plains and towering 14-thousand-foot mountains, it’s truly one of the prettiest places in the country.

We also have some of the best sunsets out there.

Well, at least I think so! Just look at this beautiful evening!

I take it for granted, but one of my favorite things about my home state is that you can quite literally be surrounded by nothing but nature in a matter of minutes.

I enjoy taking drives up to the mountains (from my parent’s home it takes around 30 minutes) both for scenic purposes and hikes.

The photo above is near a place called Estes Park which is actually where the movie based on Stephen King’s book “The Shining” was filmed. But as you can see, it’s way more beautiful than it is creepy!

And then there are the Flatirons.

The Flatirons are a collection of flat sandstone formations that rise alongside the foothill mountains in Boulder.

They’re incredibly striking no matter the season and my sister and I love hiking the trails nearby.

I’ll admit… she’s way more of a nature girl than I am, but it’s a fun way for us to enjoy spending time with one another.

I’m not saying I’m opposed to soaking up the fresh air or walking around winding paths in the mountains. But if you give me the chance, I’ll often choose shopping and wandering from quaint coffee shop to quaint coffee shop over anything.

One of my go-to shopping places in Colorado is also located in Boulder.

It’s called the Pearl Street Mall and it’s filled with both large retailers like Patagonia and Urban Outfitters, along with a bunch of small businesses.

There’s also this seafood restaurant called Jax Fishouse that never disappoints. I’m a huge seafood lover so it isn’t hard to please me at a seafood restaurant, but it’s honestly some of the best food I’ve ever had.

I started diving into a few of the reasons I like Colorado. So, I figured I’d give you a little more info about this incredible state in case you’d like to take a trip there as well.

You may have seen shows at an arena or a stadium, but Red Rocks is totally different. It’s an open-air amphitheater built into a rock structure and no matter what show you see, it’s bound to be amazing.

This campus is really quite a sight to see. The architecture is distinct and modern, and there’s this unique chapel called the Cadet Chapel.

The area is also filled with some neat museums, commemorative displays and memorials.

My grandpa was an Air Force bombardier in WWII so this place is very meaningful to me.

When you think of Colorado, you probably think of Denver. Coined the “Mile High City,” it’s actually 5,280 feet above sea level.

So don’t be surprised if you find it a little more difficult to breathe on your first trip!

While in the city, try to go to a game… Denver has some great sports teams!

Here’s a photo of my dad and me at a Rockies baseball game. It was a beautiful day but that’s not unique… Colorado has over 300 days of sunshine a year which is more than Florida!

When it comes to mountain towns, it’s hard to go wrong. I love Breckenridge because they have a cute little downtown area with lots of shops and restaurants.

I’m not a skier (I know, I know…) but I’ve been told that Aspen, Vail and Winter Park are all great options!

Other Reasons To Love Colorado

If you’re still looking for something to get you to buy your own ticket, here are a few more reasons that Colorado should be on your travel list:

While my parents still live in this great state, I now live on the other side of the country in the heart of New York City.

I get people asking me all the time, “how could you leave such an amazing place?” and the truth is that each place I end up is just another chapter in my life that makes me who I am today.

New York has my heart for now, but there’s no saying I won’t end up back in Colorado in the future. Plus, it’s not bad being able to visit mom and dad every once in a while.

If you haven’t been to the place I call “home” I hope you’ll be able to make it out there at some point. And in the meantime, I hope you enjoyed this blog and all of the experiences I shared.