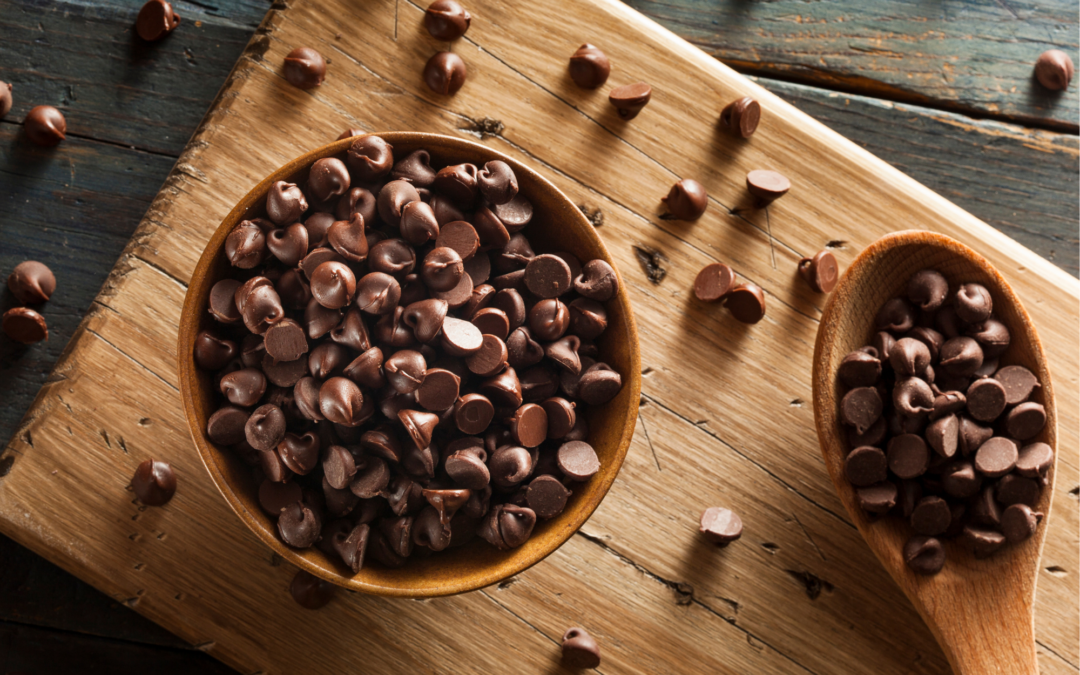 Did you know that the first chocolate chip cookie was created in the 1930s?

We can thank a woman named Ruth Wakefield who ran a famous restaurant out of her home in Whitman, Massachusetts.

Maybe you’ve heard of it… does Toll House ring a bell?

There’s actually a rumor that the famous cookie came to be on accident. Some say the chips were a last-minute ingredient while others say that they mistakenly fell in the batter.

But despite the rumors, Wakefield said that she deliberately invented them, but never expected them to be so popular.

All I can say is, “Thank you, Ruth!” because I don’t know where I’d be without these cookies. And while cookies are surely a treat, I love that chocolate chips can be used in a variety of recipes—from pie to cupcakes.

I figured the semi-sweet ingredient could use a little hyping up. After all, it is National Chocolate Chip Day!

So to make the most of the day, you can make some cookies or another delicious chocolate chip recipe at home.

I may not have been the inventor of chocolate chip cookies, but I’m going to go out on a limb and say I have one of the best recipes out there…

My recipe includes more brown sugar than white sugar. And the brown sugar I use is very dark, meaning it has more molasses and way more flavor.

It also features a good amount of vanilla. Not only because I love extra vanilla in baked goods, but because it makes the recipe taste “just right.” Even my Dad said they’re the best chocolate cookies he’s ever had!

Want to see what he’s talking about? Find the recipe HERE.

If you’re already questioning this recipe after seeing the word “zucchini,” I challenge you to at least give these a shot.

I know vegetables are an unusual ingredient to use when baking, but the zucchini keeps these cupcakes super moist.

Flavored with vanilla and packed with chocolate chips, they’re a classic that will have you coming back for more. And because they’re topped with cinnamon cream cheese frosting, vegetables will be the last thinking you’re thinking about when eating these!

Want to give them a shot? Check out the recipe HERE.

You won’t find “chocolate chip” in the name of this dessert, but I promise you… they’re in there!

I know that almost everyone has a recipe for pumpkin pie, but this one is far beyond basic. Made with a layer of cheesecake, it has a fluffy and creamy texture you won’t find in most pumpkin pies. Plus, it has a ribbon of cholate in the middle. I know… I’m a genius.

I also like to sprinkle it with chocolate chips because you really can’t go wrong with them! HERE is how you can make it at home.

This is one of those recipes you all ask for again and again. While I’d like to think it’s because of the flavor, I think you like it because it’s so easy!

Made with only three ingredients, it’s one you can whip up in very little time. It’s also super kid-friendly… I know because Kylie and Trevor still go nuts every time I make them!

So next time you’re at the store, pick up some Hershey Kisses and find the recipe HERE.

Time to start baking! Which one will you make?

From my kitchen to yours,